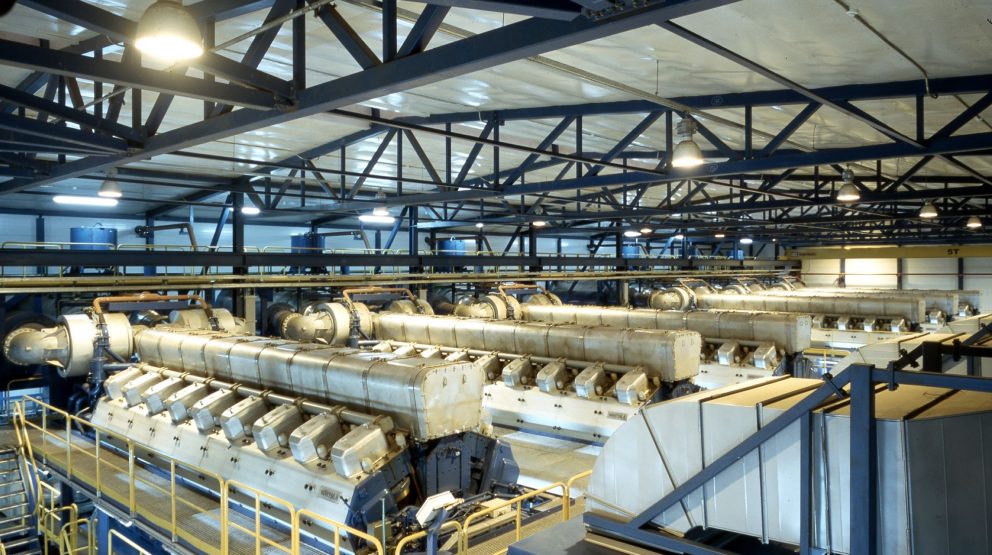 NQE was approached by a large mining company to provide assistance with Heavy Fuel Oil (HFO) contamination in their steam production system for one of their power stations.

The standard methodology to clean out such severe contamination involves a complete shut down of the steam production system and an offline clean. This is a well established methodology that is carried out for marine boilers when such an event occurs. However, due to the criticality to operations of the power station, this was not an option without significantly affecting production.

NQE was engaged to develop and implement a procedure for an online chemical clean of the steam production system. This methodology, for the severity of the contamination, is understood to be a world first. The procedure featured high pressure and atmospheric injection of a speciality chemical into different parts of the system to dissolve and entrain the severe contamination. A final purge procedure was developed to allow the capture and treatment of the contaminated boiler water while maintaining steam production.

NQE provided concept development services, detailed design, temporary process flow diagram design, procedure development, onsite technical reviews, implementation, training and project management. The project was completed successfully over the course of 3 campaigns due to additional HFO leaks that were identified during the course of the project.

NQE also identified and provided general troubleshooting services for the power station as a follow up project. The operation of the various booster heaters, LFO coolers, steam traps, target temperatures for tanks and engines, fuel viscosity meters, controllers and associated SCADA were reviewed and associated issues were addressed onsite with the maintenance and operations team. NQE provided, inspection, troubleshooting services, testing and procedure development. This improved the operation, stability and efficiency of the power station's fuel delivery and steam production system.

Our Dedicated Team Is Ready To Help You